My Core Writing Principles, Going Indie and A Path to Brain Health
by Judith Ashley

The time was somewhere between 1998 and 2002. I started having lucid night and day dreams so real if I didn’t have the 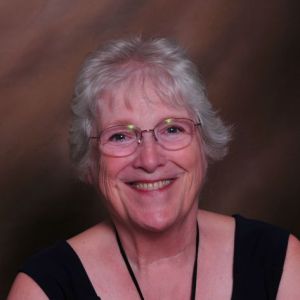 professional background I do, I might have thought I was psychotic. Instead of checking myself into the nearest psychiatric hospital, I started writing. Looking back I can see I had a lot to learn about the craft of writing but at the time I was mesmerized by the story unfolding almost on its own on the computer screen.

Way back then I determined the first two of my Core Writing Principles.

1. Enjoy the writing process at least 80% of the time.
2. Write the stories I see in my dreams.

Flash forward to 2006 and my first trip to Emerald City Writer’s Conference where I picked up Cherry Adair’s “Finish the Darn Book Challenge”. When I returned in 2007, I had finally completed Book One of The Sacred Women’s Circle series. I wrote the first drafts of Book Two and Book Three in successive years during November’s NaNo (National Novel Writing Month).

I entered a couple of contests and pitched the stories and series concept to editors and agents. I got “rejection gold” because every rejection had specific information about why they would not take my books and me on. The information was consistent. My stories were not financially viable as they were because they didn’t “fit”. (In the interest of transparency I will also admit that my writing needed work but that wasn’t the main reason I was being turned away).

One of my goals was to be published by the end of 2012. I wasn’t. I sat myself down and took a good hard look at where I was in relation to where I wanted to be. All of my rejections had one of two things in common 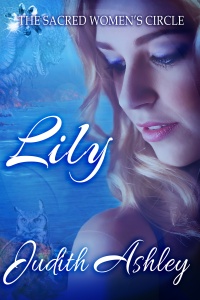 • Eliminate the Sacred Women’s Circle thread and have the heroines be friends in another setting or
• Add conflict to The Circle scenes and between the heroines in general.

I was at a crossroads in my writing.

What was I going to do? Rewrite the stories to fit what agents and editors wanted or stay true to the visions that still floated into my awareness when I wrote. The third Core Writing Principle is the result of that soul searching process.

3. Stay true to the core elements of the stories.

Because I had that third Core Writing Principle, I reached for the gold ring on the indie publishing merry-go-round and chose the Indie Publishing Route.

Little did I know how challenged I’d be on this path!

First task: to take the suggestion of April Eberhard, agent, who said a professional editor would help me strengthen my story telling abilities. I did that.

Second task: Purchase Maggie McVay Lynch’s DIY Publishing, attend the November 2013 Kobo Event to learn more and pay closer attention to what was being said at chapter meetings, on blogs, RWA forums, etc. about self-publishing. I did that.

Third task: Purchase The Book Doctor’s template and Jutoh self-publishing software. I did that. 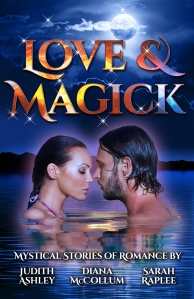 All I had to do was copy and paste a clean copy of each manuscript into the template, scroll through the story and add back in formatting, upload to Jutoh, click a few places and voila! I’d have the mobi, epub and pdf files to upload to various e-retailers.
The number of times I sat at my computer stomach churning with fears of failure, shoulders rigid with iron bars of doubt, hands fisting with frustration were numerous. The number of times I wanted to scream, throw the computer out the window and quit matched. The number of times I left my office and took a break from it all is why I’m writing this. Chocolate, walks around the block and the voices of the women in the stories kept me going – along with a personal tutorial from Maggie; additional help from Terrel Hoffman; gifts of chocolate, hugs and commiseration from Sarah Raplee; words of encouragement from my granddaughter who kept telling me how proud she was of me because I was following my dream.

Because of all that support I persevered. Because I stayed true to my core values (write the stories I see in my dreams and my writing journey must include at least 80% joy) and because I stayed true to my stories core values I can say I’m a multi-published author. During this journey Sarah Raplee, Diana McCollum and I joined forces and published Love & Magick: Mystical Stories of Romance (02/14/14). The first three books of The Sacred Women’s Circle series are published. Book Four’s first draft is 50% written. 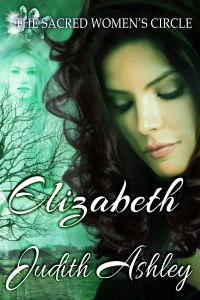 I was invited to join Windtree Press author cooperative, a talented group of committed career-focused writers; I’ve traveled to Desert Dreams Writer’s Conference and attended my first book signing; I’ve sold a few books and expect as I continue to write and publish and promote my work I’ll sell more.

Now for the “A Path to Brain Health” part of the title. A recent AARP article said that one out of every nine Americans sixty-five and older has Alzheimer’s. I’m in that age group. How does this relate to being an indie author? Doctors and scientists recommend these four supports for optimum brain health.

• Eat a brain healthy diet (no chocolate and Thai food alone are not what they suggest)
• Exercise (I think they mean more than fingers flying over the keyboard)
• Social interaction with others (and I can attest to the importance of the hugs and “you can do it” messages I received
• Stretch your brain by giving it something new to learn. (More than once I reminded myself that even though I was frustrated, fearful, doubtful, I was doing a good thing because my brain learned how to work in new and wondrous ways). 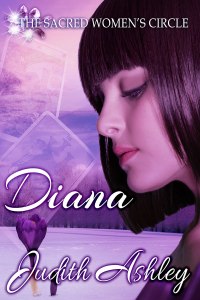 Without that mantra, without the support of chocolate, Thai food and friends I wouldn’t be able to show you the covers of books, give you a link to my website where you can see them again and read more about The Sacred Women’s Circle series. If I hadn’t chosen to go the Indie Publishing Route, I’d have completed manuscripts in the drawer (actually folder on the computer and thumb drive) but I wouldn’t be published.

I’m always open to new ways of viewing the world around me. I’d love to hear what your Core Writing Principles are and how you motivate yourself through the tough times and steep learning curves.